Jay Mims is a freelance author and teacher. Jay is the author of the Dan Landis mystery series, which includes the books The Five Santas, The Cult of Koo Kway, The Gray Ghost Inn, Racing the Storm, and The Rose Bandit. Jay has also written two short stories: The Shanghaied Detective and The Girl Who Saved Dan Landis.

Jay also is the writer/producer of the award winning short film The Girl Who Saved Dan Landis.

When not writing, Jay teaches courses in scriptwriting, video production, animation, film production, and acting. Jay is a member of the Broadcast Educators Association as well as the National Association of Broadcasters. In addition to being a writer and instructor, Jay is also an actor, having appeared in You’re a Good Man Charlie Brown, Fame, Music Man, 1776 and most recently Oklahoma as Poor Jud.

Jay is originally from the upstate of South Carolina, and lives two miles past nowhere, where he has a fictional roommate named Steve and has semi-adopted his neighbor’s cat named Eartha Kitty.

Free for kindle on Amazon. 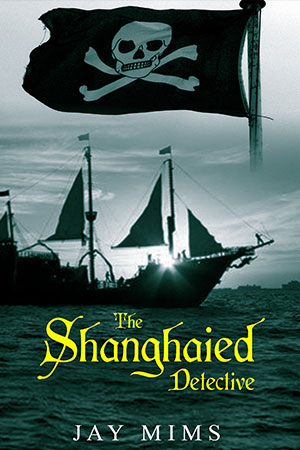