Private investigator Dan Landis had a nice, relaxing vacation planned for his best friend, Leroy “Doc” Brown. There are two rooms booked at the luxurious Gray Ghost Inn located in scenic Warrenton, Virginia. However, a wrench has been thrown into the best laid plans in the form of Dan’s partner, Abbey, who talks her way into the vacation. And wherever Dan and Abbey go, trouble isn’t far behind.

When a body turns up in the library, Dan realizes his simple vacation isn’t so simple anymore. Now, Dan’s two best friends are trapped in the Gray Ghost Inn with a killer, and it’ll take every trick in the book to solve the mystery before it’s too late.

This novel continues the story from Cult of Koo Kway. This is the third book in the “Oncoming Storm” quartet.

Amazon
Barnes and Noble
iTunes
And these fine digital realtors 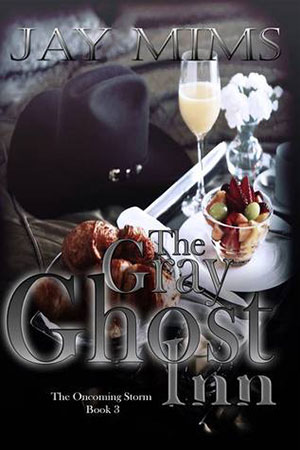